A New Generation of Modern Judoka

Following the tradition of the original Samurai (侍) warrior class, The Judokai Warriors are the noble members of our yudanshakai (black belt organization) that represent our club in competition or events inside and outside of our dojo. 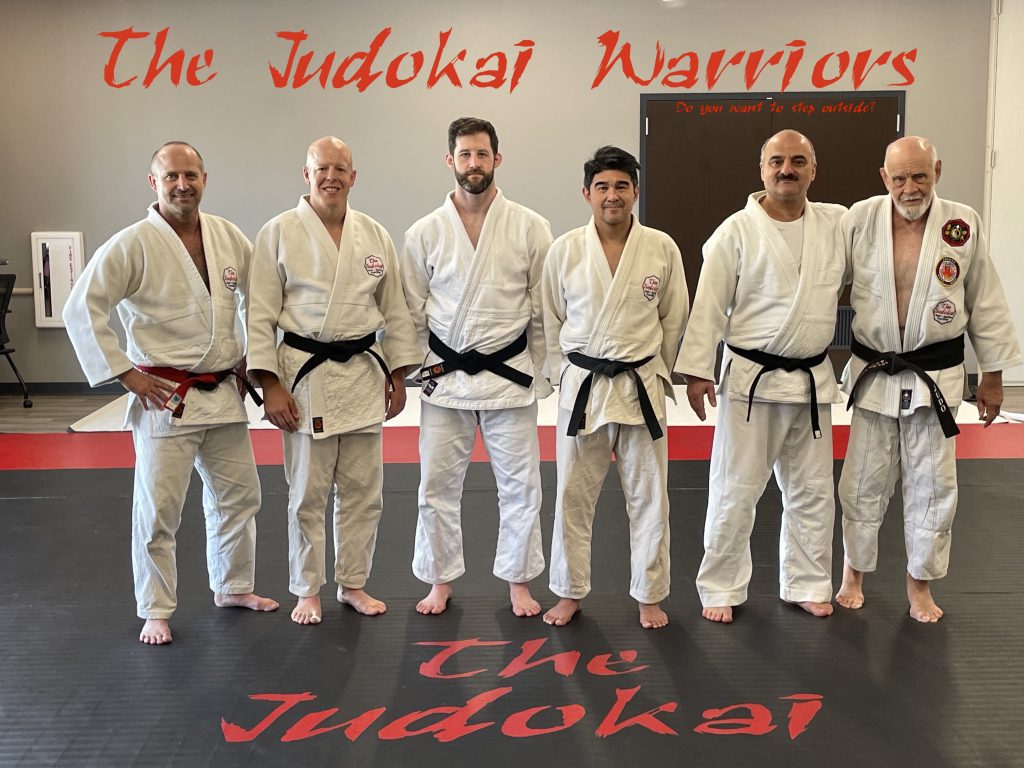 “We got it covered?”

Our Judokai Warriors are now the next generation of modern Judo/JiuJitsu instructors in Dallas.  Throwing, Grappling, Submissions, Kata, Gi or No-Gi – we got it covered.

The Judokai Warriors brought a unique style of grappling to the martial arts world and re-created a Judo dynasty in the DFW area.

The Judokai Warriors are always up for a challenge.  They regularly host and compete in open division competitions.  Our beginners are not afraid to challenge more experienced competitors.  They don’t need medals or participation trophies.  If they lose, they brush themselves off and try again.  That might happen very often.  But when they win, they party hard.

“We are Jack’s complete lack of surprise.”

You saw this coming.  By not restricting themselves to traditional thinking and training, The Judokai Warriors quickly became the dominant team in AAU Freestyle Judo in Texas and the southern states.

The Judokai Warriors proudly compete in AAU Freestyle Judo, IJF Judo, BJJ, MMA, and of course Wrestling.  They train in the martial art of Judo/Kano Jiu-Jitsu.  They compete in any competition format they want.  The Judokai Warriors refuse to allow any outside governing body dictate the tournaments in which they participate, or the rules and methods in which they train.

The Judokai Warriors are not rank hounds.  They do not like McDojos.  They do not need stripes on their belt or certifications from multiple martial arts to paper their walls.

The Judokai Warriors believe “It doesn’t matter if you prefer to fight in your pajamas or panty hose, grappling is grappling.”

However, not all Judokai Warriors compete in shiai.  Some like kata.  Some simply like physical fitness.  All of them adhere to safety and love to have fun.

“You are not special.”

The Judokai Warriors are not snowflakes.  They are strong advocates of our exclusive character building and no anti-bullying program.

The Judokai Warriors enjoy following and upholding traditions, but they don’t fear change.  They don’t like self-proclaimed titles like “o-sensei”, “shihan”, “grand-master”, or “professor”.  We all learn from each other, so “Coach” works just fine on the mat.  They frown on colorful costumes and too much “gi bling”, but an occasional medal or prize belt makes a nice picture for the internet.

The Judokai believes in strong traditional fundamentals, but a modern safe interpretation of competition rules where there is no differentiation between Jiu-Jitsu, Wrestling, Sambo, Pankration, etc. Certain training methods, names, and contest rules might vary by style and ethnic origins; Japanese, European, Brazilian, etc. However, good technique is good technique no matter what the origin.

That’s the way it ought to be
– The Judokai Warriors