You are not a Professor, or a Master, Grand Master, Shihan, etc.  I don’t care what championship you won, how many people you tapped out, or who gave you your rank.  In fact, you are barely even an instructor if you are a first degree black belt.  Somewhere along the line, people forgot that Shodan is just the beginning.  It simply means that you have just learned the basics.

Recently, my good friend and international level Judo coach, Gerald Lafon came to give a clinic at The Judokai.  Gerald holds a very high rank in Judo, so accordingly I bowed to him and addressed him as Sensei in front of my class.  He quickly replied “Stop all of this bowing and Sensei crap.  I’m a coach.  Let’s get to work.”

These days, you can go online and find hundreds of martial arts schools led by instructors who have elegant titles and ranks in multiple arts.  Titles such as Kyoshi, Renshi and Hanshi are often on their certificates.  Sometimes you will notice that they claim to be a Soke achieving a black belt rank in an obscure art, but a lower rank in the primary art that they are teaching.  Sometimes, the rank of the art that they teach is not even a brown belt level.  This does not necessarily mean they are unqualified instructors, but it hardly qualifies them as a Professor, Grand Master, etc.

My original instructor was the late Jacques Legrand.  His nickname was “The Coach”.  All of his friends, students and even his family addressed him as “Coach”.  It wasn’t until he was a 8th Dan that he showed me some business cards that he made with the word “Professor” on it, and even then he used the title with a smile and a wink in his eye.  Jacques would even use the word “Coach” as a term of endearment or a way to criticize your performance.  “Hey Coach, come demonstrate Hani-Goshi for the class” he might have said to one of his good students.  But when you did something wrong, he might have said “If you want to be The Coach, you will do it like me.”

Judo / Jiu-Jitsu Dan grade ranking is set up traditionally where Shodan, Nidan, and Sandan are primarily skill-based ranks.  It is not until one reaches Yodan, 4th degree black belt, when one is officially recognized as an instructor.  Consequently, I was truly awe struck when Jacques said to me one night a few months before he passed away, “I want to make you a Yodan, so you can be ‘The Coach’.”

What do you say to something like that?  Thank you is not enough.  Jacques was a 9th Dan when he died and he was immediately given a posthumous 10th Dan by the USJA.  These are honors that few people in the world ever achieve.  However, to this day, he is still simply referred to as “The Coach”.

What about all of those High School Wrestling Coaches?  They don’t have any fancy titles or belts.  Exactly.

When you compare the average size of a High School Wrestling team to that of a Judo / Jiu-Jitsu club, you will quickly realize that there is almost an order of magnitude more wrestlers than martial artists.  Moreover, wrestlers train intensely 2-3 hours per day, for at least 5 days per week during the wrestling season.  One wrestling season for a varsity wrestler in a major metropolitan region is easily equivalent to 2 years of intense high-level Judo / Jiu-Jitsu training.  It is not uncommon for a serious middle-school wrestler to have more than 100 matches before they reach high school.  That is more than many Judoka/Jiu-Jitsuka have in an entire career.

These athletes and coaches don’t demand fancy titles, but they sure deserve them.

Then there is the title “Shihan”, which is often translated as “Past Master”.  Well, maybe there is some truth to that.  As much as I refused to admit it, I am getting older.  I no longer have speed and endurance.  These days, the younger guys can run me up and down the mat and very quickly wear me out.  But, I am not dead yet.

Now that I have a club of my own, you are probably wondering how I want my students to address me.  Well, of course, I would prefer “Don Vincente D’Ingianni, Maestro of the Mat and Godfather of The Judokai“, but let’s get real.  “Coach” seems to have a nice ring to it.

That’s the way it ought to be. 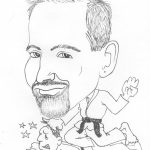 By Vincente D'Ingianni 3 months ago

By The Coach 7 months ago

By Vincente D'Ingianni 9 months ago